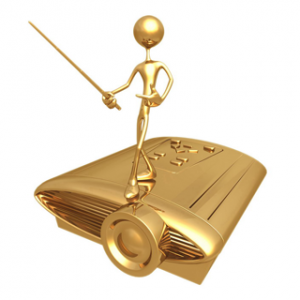 The groundbreaking work done by Donald Hebb over 50 years ago approved that if two neurons are active at the same time, the synapses between them are strengthened. This plasticity is manifested through the phenomenon of long-term potentiation (LTP), which can cause the long-term strengthening of the synapses between two neurons that are activated simultaneously. In addition to being associative, LTP can also be cooperative: the activity of several neurons converging onto a single neuron facilitates the strengthening of these synapses. This indicates learning can be much strengthened by simultaneous stimuli, of which the synapses of groups of interconnected neurons strengthened by their simultaneous firing, meaning that the intricate biological patterns (internal linguistic map) for language acquisition can be much adaptable to multiple inputs while listening, speaking, reading and writing applied synchronically.

Listening, reading and speaking require the co-ordinated operation of the brain’s auditory, visual system and their linguistic systems. And writing is based on co-ordination of its motor system and linguistic system, which controls the precise gestures involved in writing. However, the function of a brain area dedicated to language is not fixed but rather varies depending on the task to be performed, because these areas do not always activate the same connections between them. For example, the left inferior frontal gyrus interacts with different areas depending on whether it is processing the sound of a word or its meaning. Recent studies have also shown that at least two distinct neural systems may be involved in reading. The brain reads mainly by translating written characters into the corresponding phonological elements of spoken language, but also by drawing connections between words’ phonological symbols and their meanings.

All these indicate that the brain processes language functions simultaneously in parallel mode by means of distributed networks, and in serial mode by means of localized convergence zones. So if understanding or producing a spoken or written word require the simultaneous contribution of several modalities (auditory, visual, somatosensory, and motor), then the multisensory synchronized learning approach, which applies synchronized listening, speaking, reading and writing practice, would greatly strengthen the interconnected neurons across the various cortexes dedicated to these modalities, and subsequently resulting in improved functions and productions.